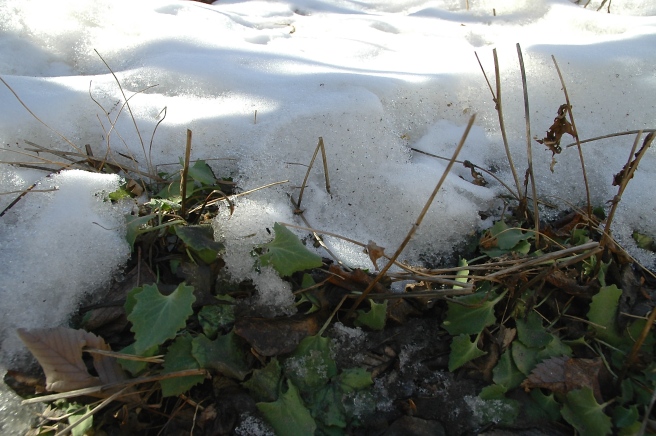 Leopard’s bane amazes me as it stays green through the winter. It’s one of the first plants to bloom in the spring. It grows while the snow melts around it. When we moved into our house a few years ago, I found some dwarfed, barely surviving plants growing under thick bushes in an abandoned house next door.  When transplanted, this survivor leopard’s bane took off like wildfire. Three years later it surrounds my entire house in a sea of yellow in the spring.

The word “bane” comes from Old English and means “deadly”, or “causing death”. This  poisonous plant came from Eurasia and has been used in herbal medicine for centuries.It’s an extremely hardy, insect resistant plant that can actually be planted on the north side of the house. Even with occasional dappled sunlight it blooms profusely when other flowers are still starting to grow. It looks amazing when planted with purple irises that bloom at the same time.