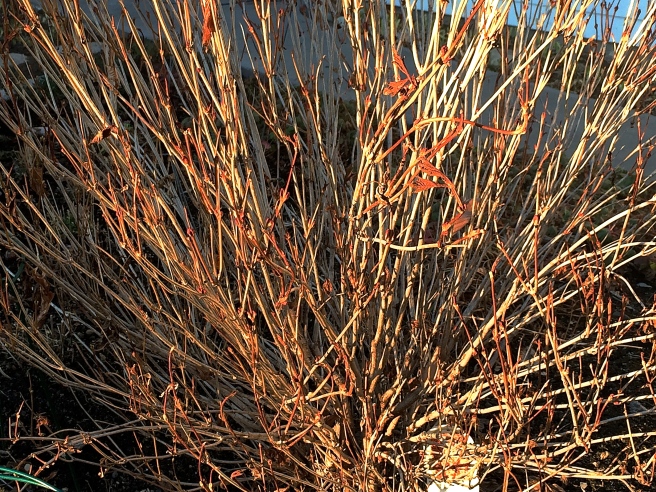 Starting around February the sun-ray shaped branches of this dwarf high bush cranberry turn almost white. It’s a striking view in an otherwise grey garden.  But once summer comes, this bush becomes unsightly. The ends of its leaves curl and turn a rust colour. I have been tempted to replace it with another plant but my bush has a twin. I bought two: one for myself and one for a close friend. Our friendship has run into problems and now to throw out the cranberry would be like throwing away the friendship. As long as I tend to this bush perhaps both the plant and the friendship will heal.

Viburnum is native to Canada. (It’s all the more surprising that I have had so much trouble with it.) Its fruit is edible and early settlers apparent collected it for food. It’s also an important survival food over winter for many birds. Other animals such as moose eat various part of this bush.